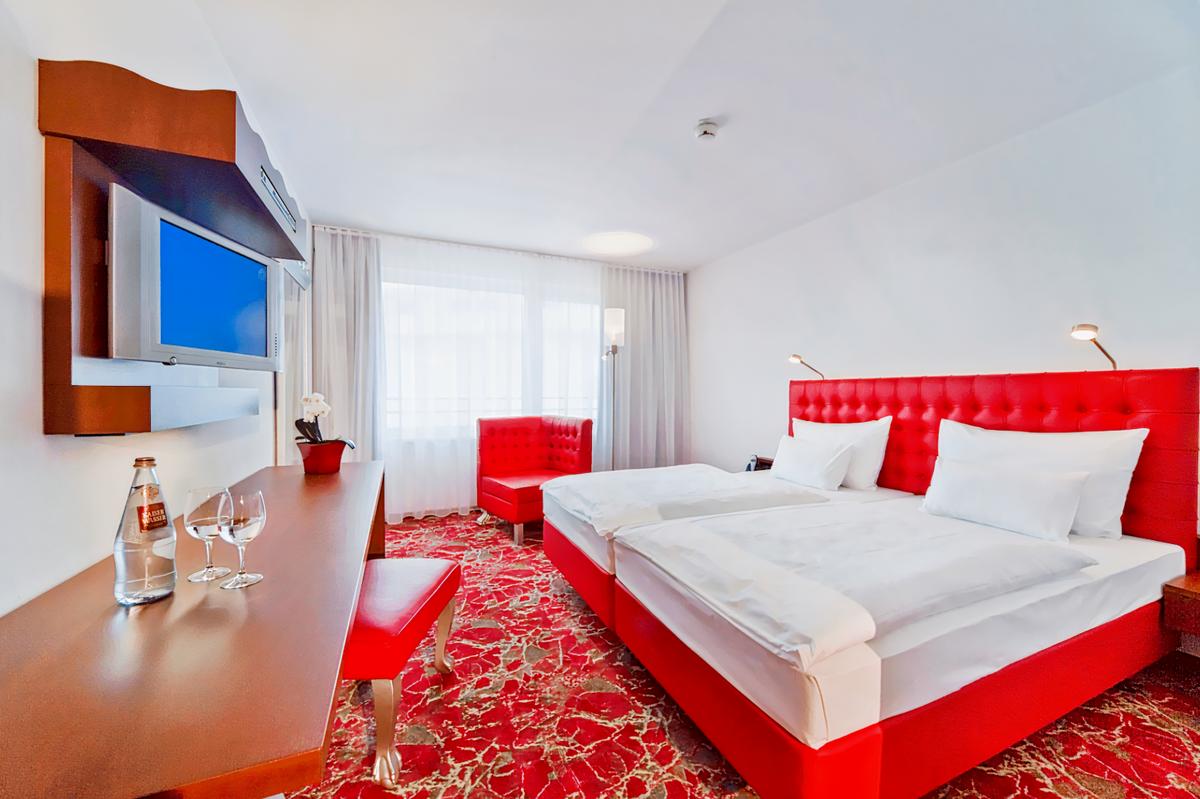 Elevator
Description
The 4-star superior ARCOTEL Kaiserwasser is located opposite Vienna’s United Nations headquarters and the Austria Center Vienna, next to the Kaiserwasser pond with a bathing jetty. Kaisermühlen Underground Station is just 100 m away, and the city centre can be reached in a 10-minute ride. Free WiFi is available in all rooms.
Rooms at ARCOTEL Kaiserwasser Superior offers views of the modern skyline of the DonauCity or the Kaiserwasser recreation area. Decorated with a red and white colour pattern, they all come with cable TV channels and DVD players.
The Kaiserwasser ARCOTEL Superior features a modern gym with views of the Danube and the city centre, a sauna and a steam bath.
The restaurant serves typical Austrian specialities as well as vegan options. There is also an inviting bar on site.