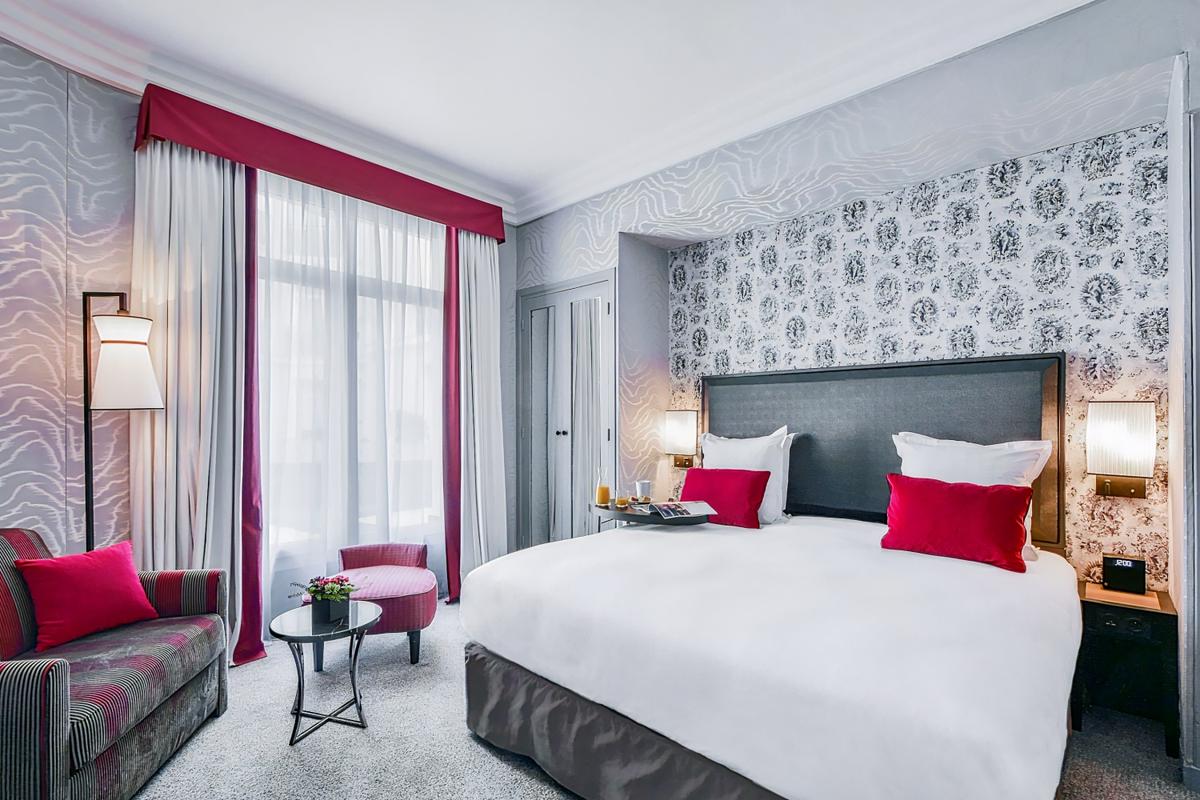 Express dry cleaning
Description
Welcome to Maison Astor Paris, Curio Collection by Hilton, a hidden gem on a peaceful street in the luxury and fashion district. Built in 1907 by John Jacob Astor IV, our hotel is thoughtfully designed for a stay that’s rich in history, Parisian chic and Astor’s spirit. Our charming hideaway is steps from Haute Couture shops on the world-famous Avenue des Champs-Élysées, a 10-minute metro ride to the Eiffel Tower, and near the Saint Lazare train station, the gateway to the Normandy region.
Our guest rooms take inspiration from Parisian apartments, featuring large windows, a beautiful French balcony, high ceilings and comforts like complimentary WiFi, an HDTV, work space and Nespresso® machine. Suites offer options such as an ornamental fireplace, terrace, private bedroom, rooftop views and a duplex-style layout.
Delight in Parisian cuisine in Salle à Manger, our intimate restaurant showcasing fine dishes from land and sea made with organic local ingredients by Chef Nicolas Clavier. Our certified mixologists are pleased to craft you a cocktail, and we also offer room service from morning ‘til night.
Maison Astor Paris, Curio Collection by Hilton is perfect for board meetings and small social gatherings, boasting fashionable conference rooms and restaurant spaces for up to 60 guests. Whether you enjoy an early or late workout, our fitness center is open round the clock. Our Concierge service is available 24 hours to go above and beyond your expectations for a memorable experience in the City of Light.