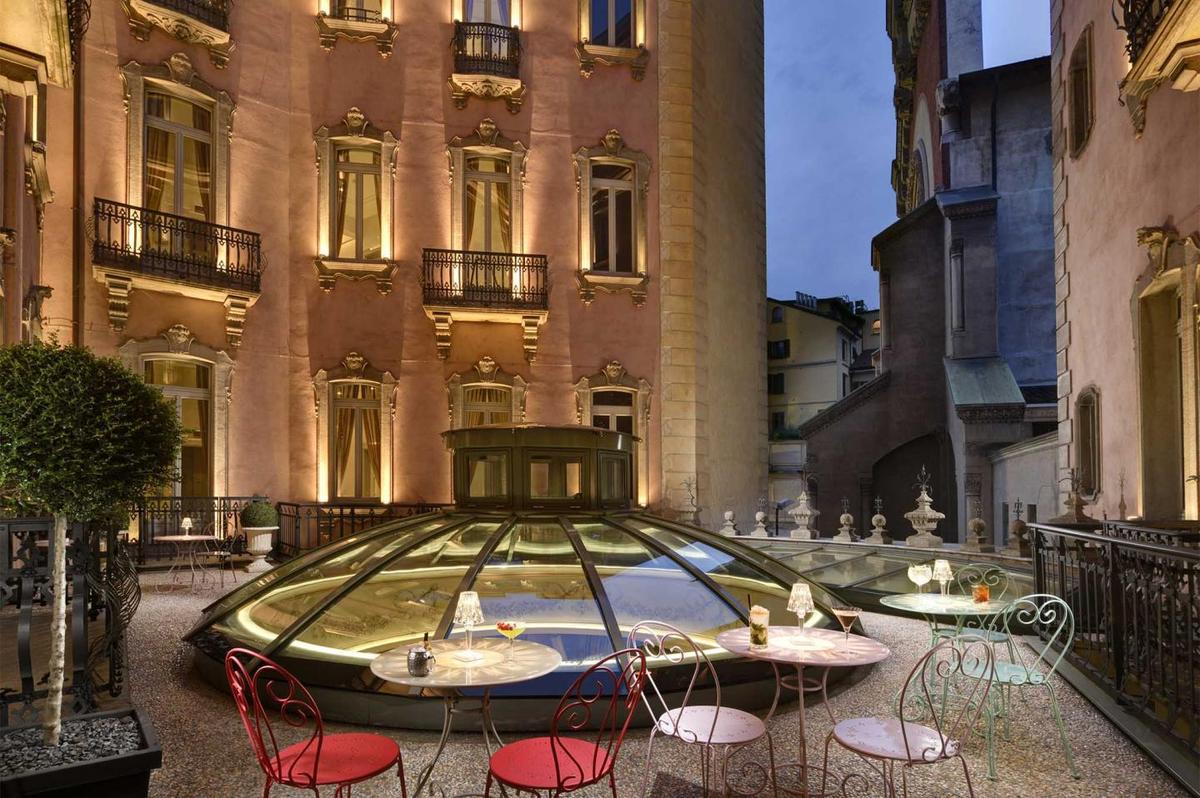 Description
Château Monfort is a five-star luxury hotel in the heart of Milan. The hotel enchants you with its expertly restored and elegantly furnished spaces, re-proposing atmospheres and suggestions of a romantic castle, to make everyone relive their own fairy tale as a protagonist. Entirely inspired by the concept of fairy tale atmospheres, Château Monfort inaugurates a typology: that of the Urban Château, a new context characterized by a strong identity, fantasy and imagination. In a place capable of arousing emotions, dream and reality meet in the sign of an original reinterpretation of spaces according to a delicate neo-romantic style, made of enchanted gardens, dungeons and environments that recall that rich fairy tale repertoire that everyone, at least as a child, has known.

Explore the endless hotel experiences during the day.
- Choose a dream hotel from our selection...
- Book your experience in just a few clicks with no prepayment.
- Go to the hotel with your booking number to enjoy.